The server requires input protein structures in the PDB format. These may either be uploaded by the user or downloaded by the DiscoTope-3.0 server. 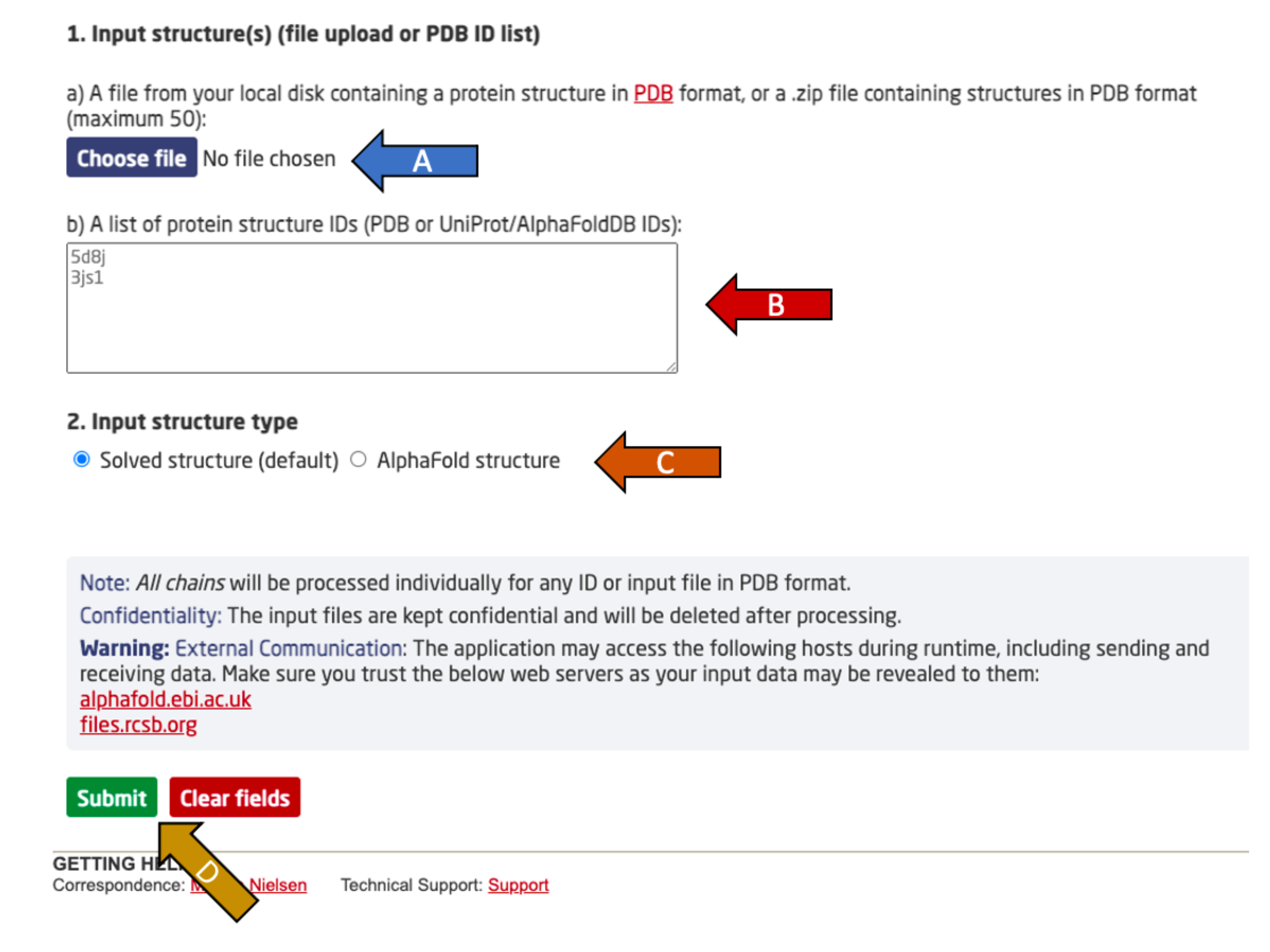 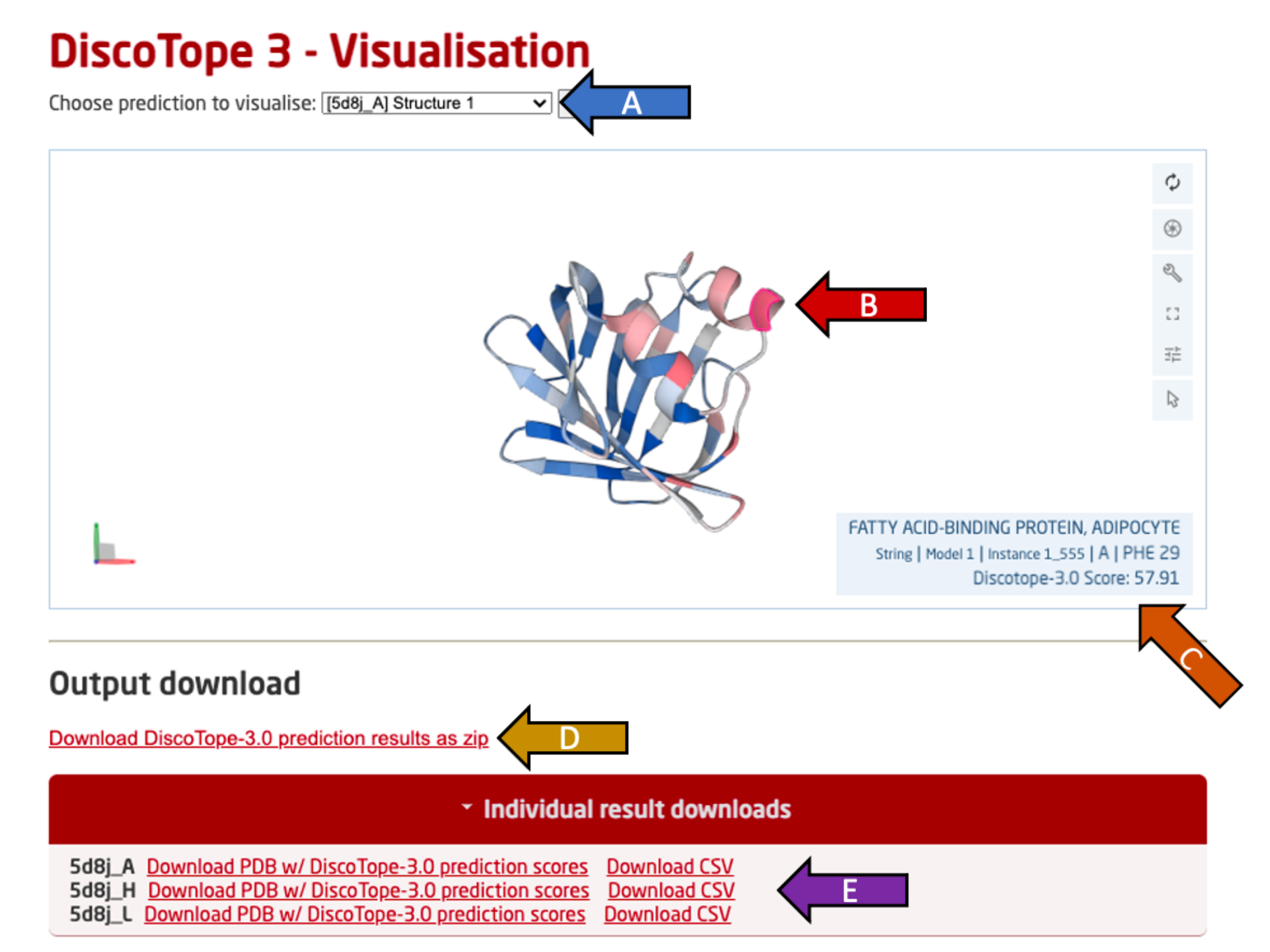 Use the drop-down menu (arrow A) to switch the view to another predicted PDB chain among all provided PDB files.

The selected chain is visualized in an interactive view below using Mol* (arrow B). This view may be rotated freely (click and move), along an axis (hold shift), zoomed (scroll) or moved (hold ctrl) using the mouse and listed keys in parantheses.

All output predictions may be downloaded as a compressed ZIP archive (arrow D), containing per PDB chain predictions in both .CSV and .PDB format.

Single PDB chain results may be downloaded in a .CSV or .PDB format by clicking the "Individual result downloads" button (arrow E).